On Monday evening, parents and teachers joined together to honor and celebrate some of the outstanding achievements our 8th grade students have accomplished over the last two years at Dixon. 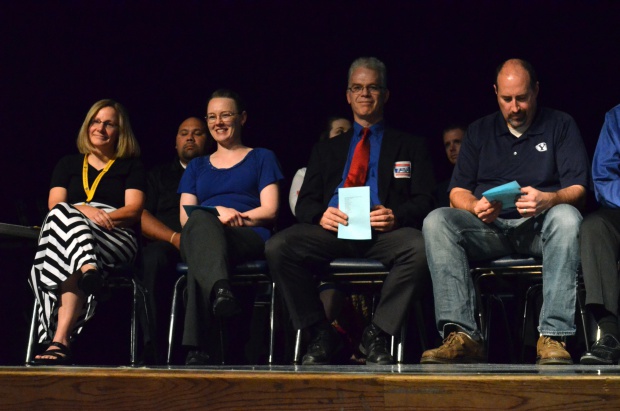 Teachers wait on stage to give their awards to the chosen students.

Teachers in every department had been asked to select two students, a boy and a girl, that had displayed not only exemplary work in those subjects, but had worked hard to improve and who displayed overall the attitude and motivation necessary for them to succeed. 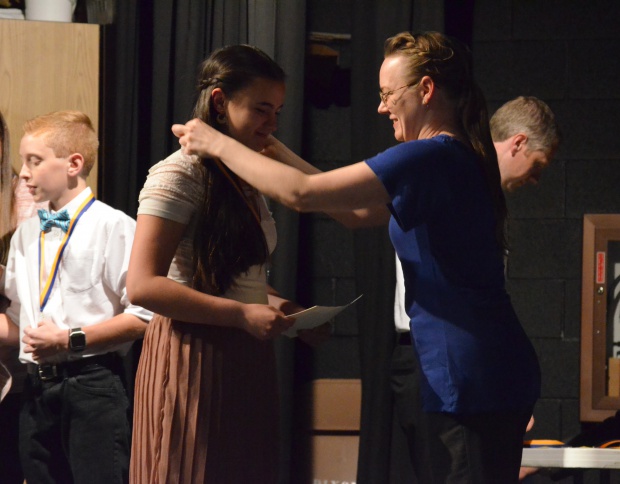 Camryn Guzman recieves her medal for being honored by the Orchestra department.

Many students honored face challenges, whether personal or physical, which they overcome on a daily basis to excel in these subject areas.  While students with high GPA’s and other achievement such as passing I Can statements were recognized, teachers went beyond the gradebook in their recognition. 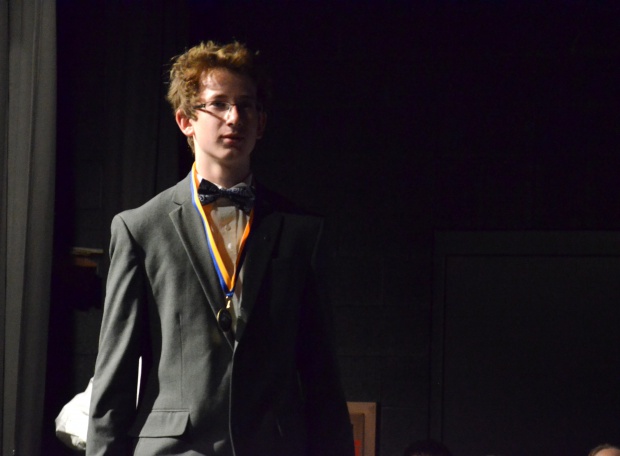 Luke Uhl crosses the stage after being honored by the English Department.

Each student was called to the stage and awarded a certificate and medal from a teacher from the department that nominated them.  Leadership students read names and short explanations of what the students had done to deserve the award. 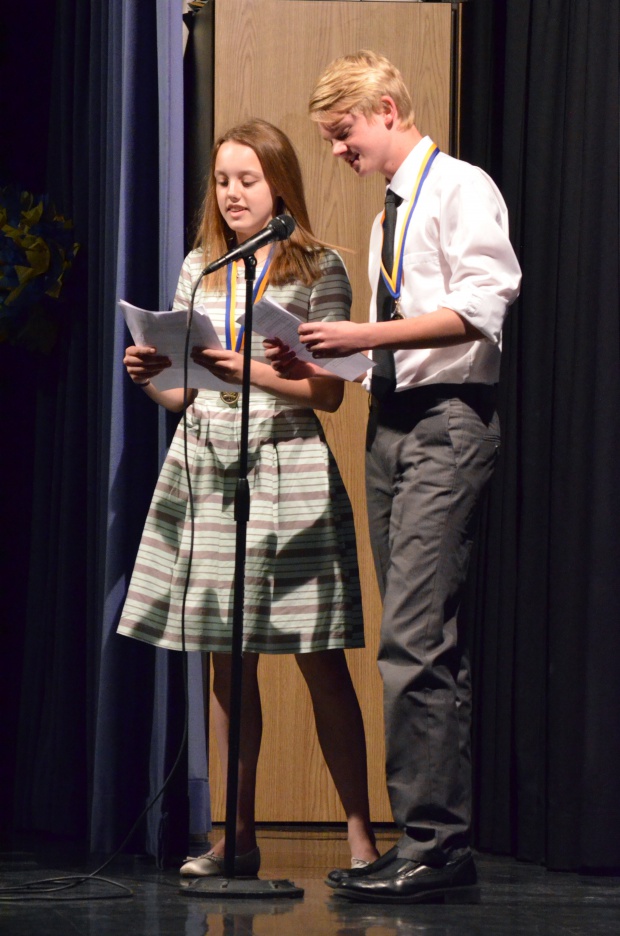 Our Leadership students carry the night along by reading off the awards. 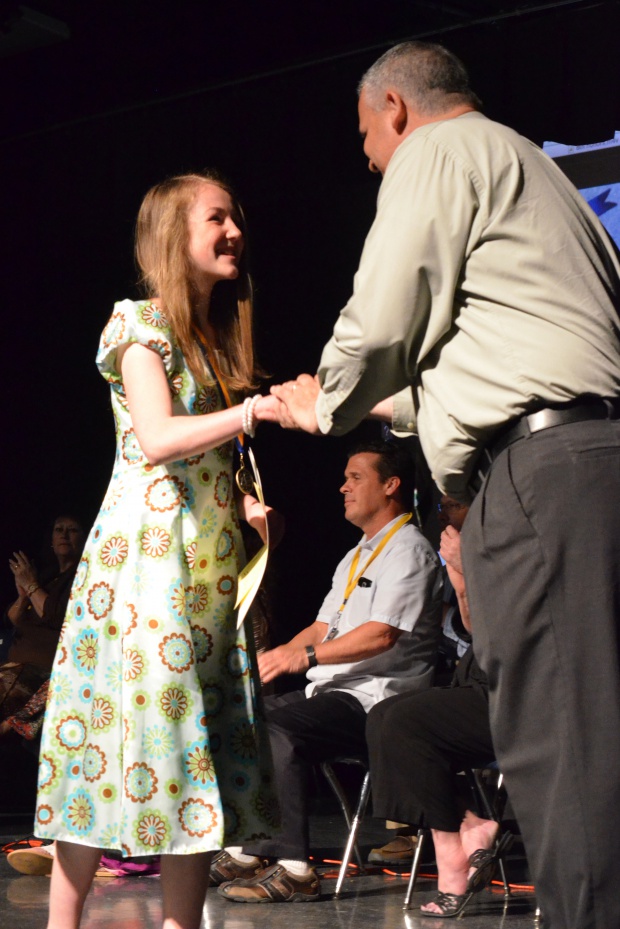 Our principals each chose one student to recognize as someone who has demonstrated the qualities we hope to foster here at Dixon, particularly with our anti-bullying campaign “Be A Buddy, Not a Bully” that has been in place for several years.  Alyssa Lunt received Mr. Anderson’s award.  As it was presented, he said that “Alyssa has shown great improvement over the last two years, becoming a confident and enthusiastic member of our student body.  Regardless of challenges she is determined to succeed.  She has been a great addition to our drama program, performing believable characters on stage and adding to the camaraderie of the cast.  She always has a positive attitude and an enthusiasm that is delightful to be around. She is usually smiling, happy, and ready to help others.” 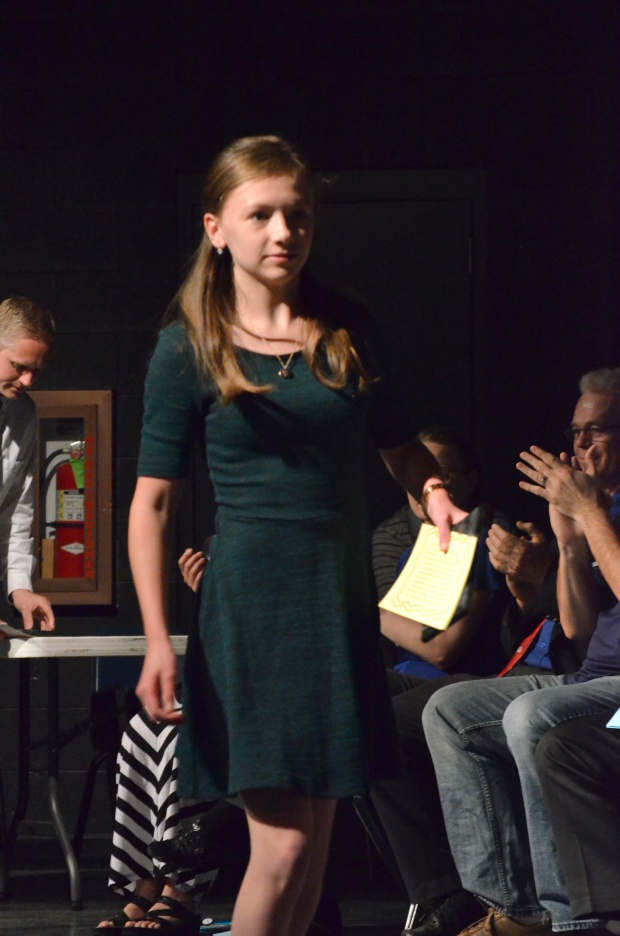 Alyssa Lunt crosses the stage after receiving her Principal’s Award. 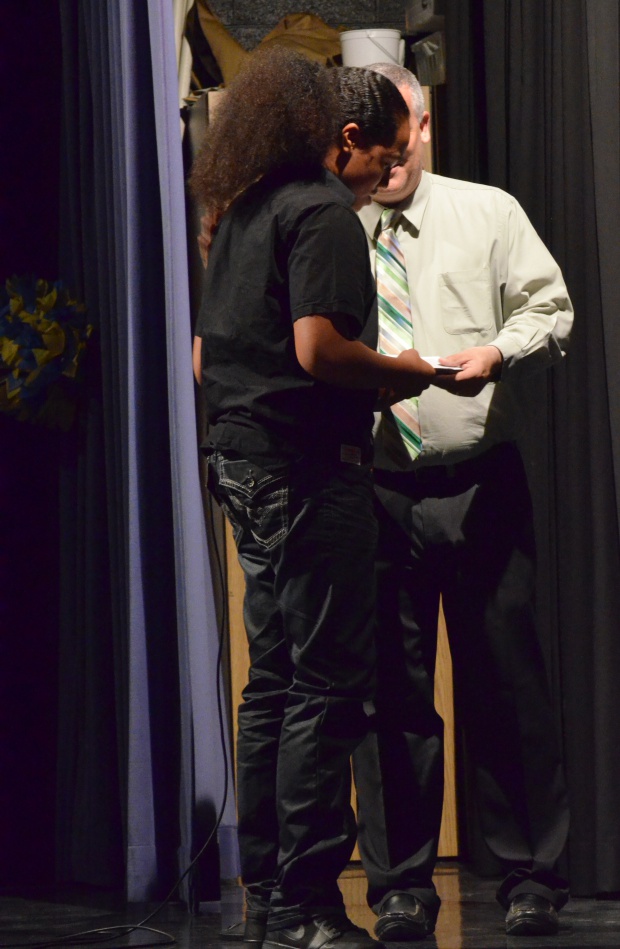 Mr. Sites recognized Sione Fungalei as the recipient of the Principal’s Award for Dixon Middle School 2015-2016.  He told us, “Over the past two years I have watched him lead by example, and as a positive and calming influence in classrooms, in the hallways, and on the playing fields of our school and our community.  During his elementary years, he struggled at times with behavior and his energy level.  That has changed! Like we are, I imagine that the teachers at Franklin Elementary would be proud of the change and success that you have found. I have watched him make and maintain a significant effort to make a difference and to change.  His grades and citizenship are exceptional.  His athletic success has been fun to watch.  These change have allowed him to excel at academics, citizenship, and in his athletic endeavors.  Sione has become a role model, an influencer for good, and has the potential for greatness at school and in athletics.  Sione, I trust that your experiences at Dixon will help you to become great in whatever you choose to pursue.  Thank you for your example and commitment to doing what is right for you, for your family, and for others around you.  Congratulations to a fine young man with a very bright future!”

You can see all the photos taken in our facebook album! 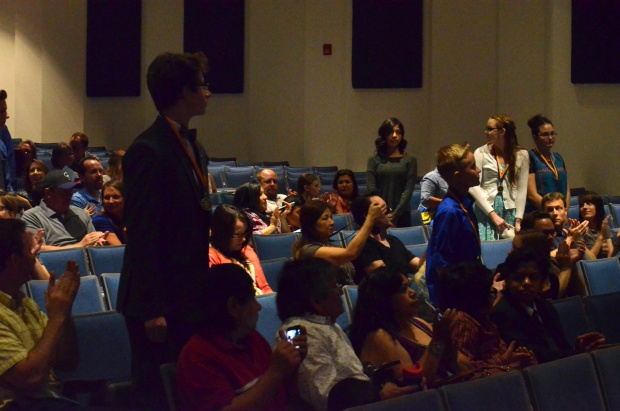 Congratulations to all the 8th graders honored this week!  Their names are below:

The following students passed all their “I Can’s”:

The following students are on our Honor Roll, with a GPA of 3.75 or higher: