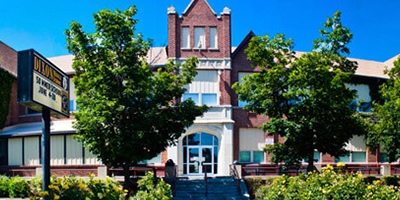 All of Mr. Sheeder’s 8th grade U.S. History classes participated in a debate concerning which explorers were most important in the history of the world. They made the presentation room in the library their debate room and volunteer staff members were the judges. Students debated on explorers like Christopher Columbus, Amerigo Vespucci, Marco Polo, and James Cook. The winning debate team got a trophy and the Olympic anthem played during the awards ceremony. The debate even continued during our brief power outage today! 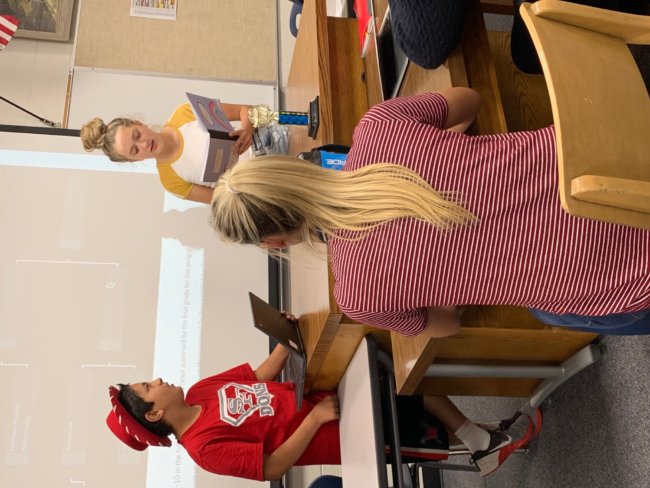 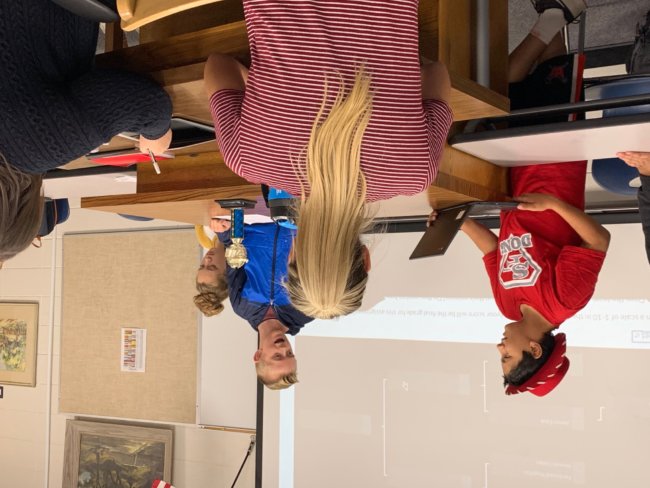 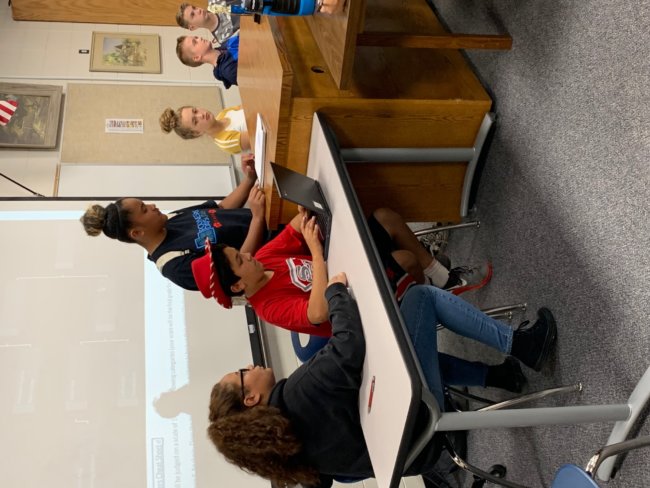 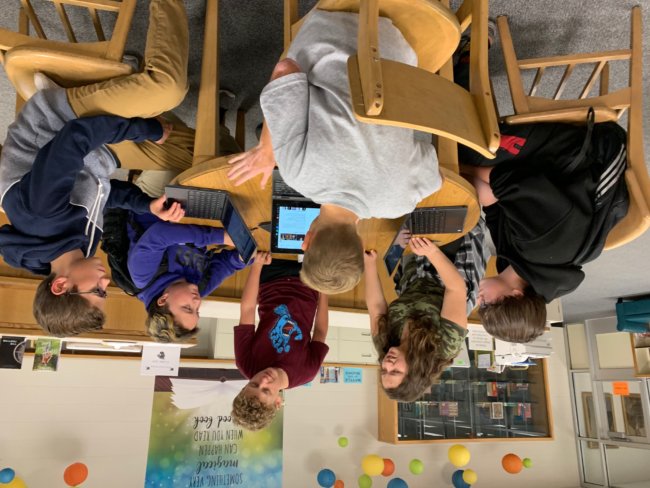 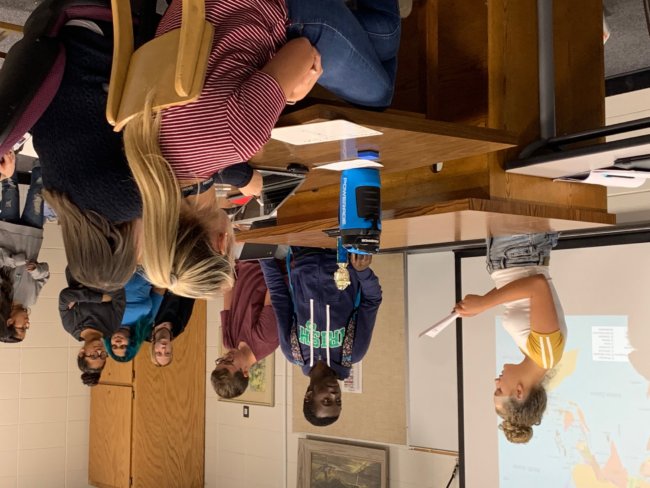 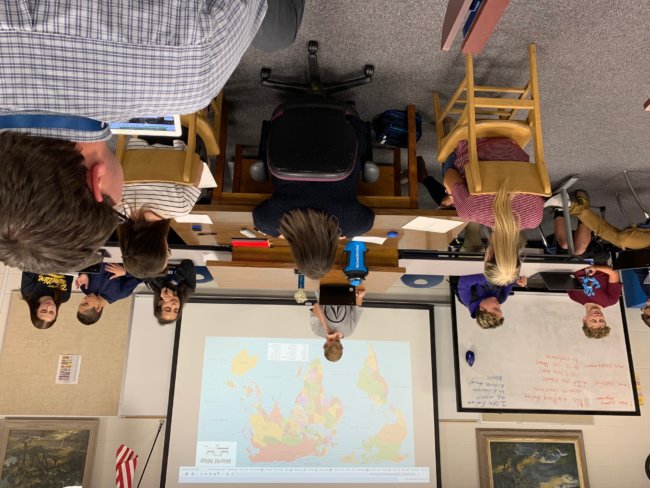 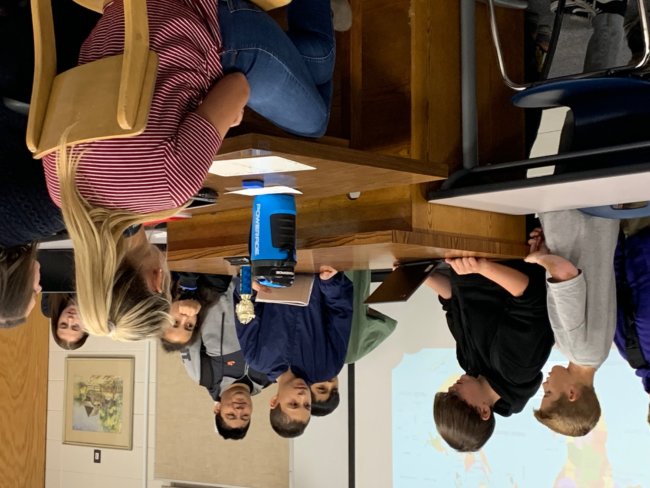